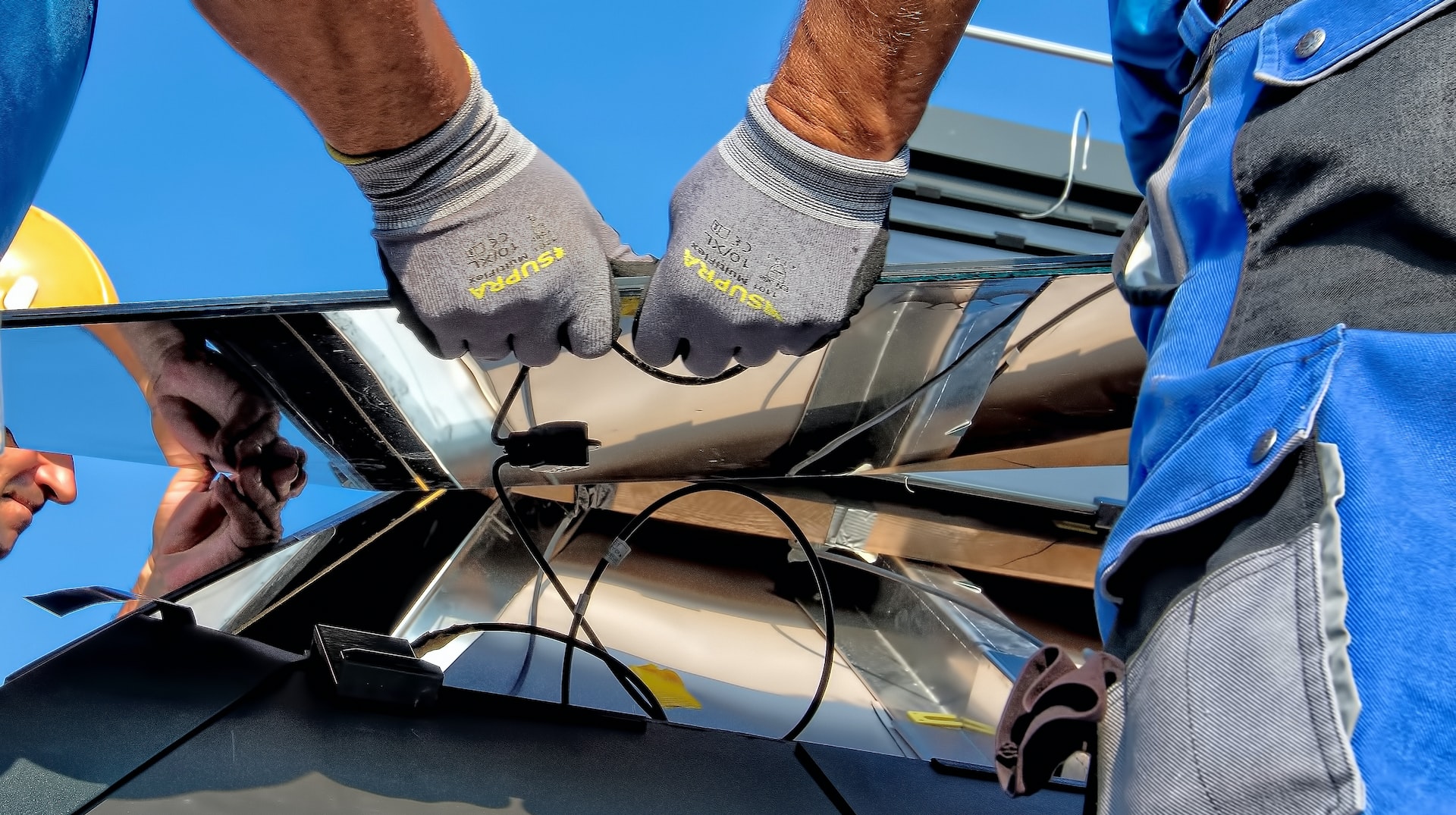 Compared to the easy accessibility and all the advantages of solar energy, there has been little to no push to have it incorporated into people’s daily lives. As you will learn once you’ve finished reading about the 7 environmental benefits of solar energy, this is definitely a mistake.

Any good gardener understands the importance of air quality. And one of the leading environmental benefits of solar energy is that its use instead of the more ‘traditional’ fuels reduces air pollution. After all, the production of electricity through fossil fuels such as gas, coal, and oil all generate large amounts of harmful gases. These gases then continue to accumulate, contributing to the problem of global warming. More immediately harmful is the smog which appears in cities where electric plants that use such fuel operate. Such smog is linked to various bad health conditions, such as bronchitis, asthma, allergies, headaches, and even cancer. No matter how you slice it, the continued use of fossil fuels is exceptionally harmful to air quality. And as we mentioned already, there are also long-term effects of global warming to worry about.

Solar energy is perfectly renewable. Not only that, but it is also readily available throughout most of the world. Countries that have predominantly cloudy weather that they cannot take advantage of solar energy efficiently are a rarity. This means that if everyone invests in switching over to solar energy harvesting, the drain on natural resources will grow smaller. This will allow the exploitation of nature to slow down, if not eventually stop entirely. Many beautiful scenic spots have been converted into exploitation sights over the years. And what to say about the pollution that digging for fossil fuels produces? By slowly reducing the amount of such exploitation or even eliminating it entirely, the environment will finally have a chance to recover. By once more seeding trees in those places, we would also be able to actively improve our living environment.

Countries around the globe continue to suffer from energy shortages. You can especially notice this trend in recent months, where panic over fuel prices, or even fuel availability at all, has grown nearly out of control. However, as long as you install even a single solar panel onto your home and invest some time into learning about solar panel cleaning to keep it well maintained, you will be able to significantly reduce the energy demands of your household. With a few more, you may even be able to start selling electricity to the state. If everyone followed this example, we would be a step further toward eliminating our reliance on fossil fuels and other ways of generating electricity that is not renewable and benign.

We touched upon it briefly before when discussing air pollution. However, it bears mentioning that in a country with some of the highest carbon footprint rates in the world, we really do need to do whatever we can to reduce our contribution to the continued destruction of the ozone layer. The production and reliance on solar energy achieve this quite well. It is somewhat silly that we go as far as to worry about how to make a pool more sustainable and reduce our carbon imprints that way when we have a way of revolutionizing energy production and use at our fingertips.

No chances of catastrophic accidents

Lots of people believe that we do not need to consider the environmental benefits of solar energy because we already have a relatively ‘clean’ source of power: nuclear energy. Of course, the notion of nuclear energy being ‘clean’ likely seems like a joke to anyone who thinks more deeply about the subject. Still, as long as proper procedures are followed, this is somewhat true. To call failures to follow those procedures catastrophic is something of an understatement. Nuclear waste lingers for decades. And an explosion of a power plant can leave a good chunk of a country irradiated and sick for far too long. As the professionals from Peak Services Las Vegas like to point out, it is much easier to organize solar panel cleaning than nuclear power plant maintenance, even on a large scale.

An excellent example of how nuclear power plants hurt the environment even if everything goes well is water contamination. The heat produced by the process that generates energy is such that not having a way to cool the power plant down efficiently would result in an explosion. To compensate, prodigious amounts of water are used to keep the core cool. This, of course, puts that water into direct contact with radiation. Which in turn necessitates that it be regularly replaced and then carefully disposed of. With how scarce resource water still is in some parts of the world, wasting it in this manner is not viable. And even worse is the potential of such water finding its way to urban areas. With how much effort goes into trying to keep your garden free of waste, you definitely do not want radioactive water getting there.

The last of the environmental benefits of solar energy is lower noise pollution. Now, noise pollution is not as directly harmful to people as the rest of the stuff on our lists. And this is really only an issue in towns and cities built near power plants or fossil fuel extraction sites. Still, you should not underestimate the effects of this type of pollution. Long-term exposure to it produces a variety of negative psychological effects. They range from irritability to heightened aggression to flat-out depression. This is because the constant noise can be overwhelming, even if it seems like you can barely notice it after living in such an environment for a long time.

As you can see, the 7 environmental benefits of solar energy make it well worth using. If we can popularize the inclusion of solar panels a little more, we could massively improve our living conditions. And make a profit while we’re at it!

Take care of yourself and check your car for breakdowns more often. You can buy from us, for example, the

Take care of yourself and check your car for breakdowns more often. You can buy from us, for example, the car cooling system