Growing Herbs in the Northern Hemisphere Central and Northern Europe

History attests that therapeutical use of herbs can be traced back to the ancient Egyptians and Chinese as well as in India and Mesopotamia.

References in the Old Testament and other Sacred Scriptures of plants used for healing in religious ceremonies highlight the importance of some herbs used to protect and purify the soul, mind, and body, but they often come as an aid in injuries which help with their regenerating effect and antibacterial activity. Because of their attractive features in the gardens, they were assumed to have been valuable plants which often add flavor to culinary dishes and some cultures even consider them to be indispensable plants with magical properties.

Strangely, only several spices come from Europe and most of them have been imported. The herbal traditions of Europe are mainly inherited from the ancient Greeks and Romans. The Romans brought many of their Mediterranean spices to the countries north of the Alps, and some of them thrived in this climate and were easy to cultivate; they became part of the local flora due to their spread over the new habitat.

Galen of Pergamon, a Greek physician, practicing in Rome, was undoubtedly prolific in his attempt to write down his knowledge on all curative therapies; his "Works of Therapeutics" proves that health can be restored by the aid of special herbs and also can prevent diseases.

Pliny the Elder was yet another vast therapist. His great work "Natural History" accomplishes Pliny's attempt to impose this work as a comprehensive guide to nature and also presents a comprehensive curriculum of medicinal herbs.

Likewise, the Greeks have brought some of their spices and herbs to the the Southern regions of the Balkans spreading to Northern parts of Europe. Hippocrates of Kos is one of the principal Greek therapists who used herbs for treating different ailments.

Spices and herbs used in European cuisine are brought from the Mediterranean; some of which are: 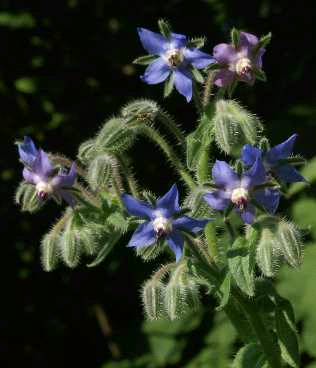 It is an annual herb known to grow wildly in Central and Eastern Europe possibly brought from the Western Mediterranean. While borage is not a settled plant, it goes well in an open perennial cottage garden.

Its attractive flowers are sky blue, five-petaled stars with black centers. Borage is well known for its anti-inflammatory properties, and borage oil helps against arthritis. During the stressful periods, the leaves are used as an adrenal tonic to balance and restore the health of the adrenal glands. In Europe especially in the Middle Ages, herbalists used borage tea to restore strength during convalescence. It is a refreshing and cooling herb sometimes having diuretic properties.

Borage is a culinary herb mostly suited for salads due to its fragrance and its charac­teristic cucumber aroma.

The name "Borago" can be traced back to Medieval Latin "borrago" although it may seem to have Arabic origin considered to derive from the Andalusian Arabic "abu buraq" ( father of sweat ) used as a diaphoretic medicine or from "abu huras" ( father of roughness ) because of the rough leaf surface. 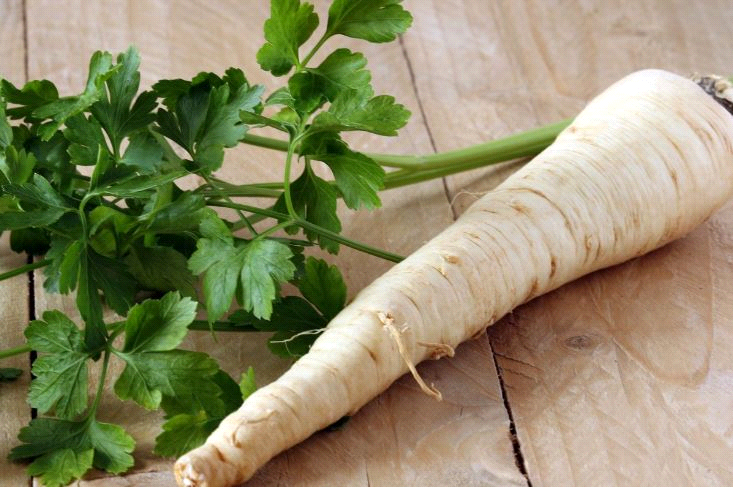 This plant is considered to be of Mediterranean, or of Eastern European origin also cultivated in Central Europe. Roots are mainly used from this herb, and the leaves are added to salads. It is a perennial plant that grows uncultured.

It is considered a pungent condiment along with garlic, mustard, and onion. The herb is not regarded as a necessary condiment of frequent use, but it is famous for garnishing meat dishes, some forms of prepared fish and also some soups and stews.

Horseradish has been continuously used for the treatment of asthma, especially radish seedlings because of its pungent odor having a beneficial effect on the mucus. By far the best therapy for sinusitis and nasal congestion, throat and lung problems is the inhalation of ground-up roots. Because it is an indispensable source of Vitamin C, it helps strengthen the immune system.

The botanical genus name Armoracia, used by the European botanists for horseradish since the Middle Ages, is obscure; possible connections with the Celtic tribe of Armoricans, although it is not easy to find attested documents. The Slavic name "khren" seems to be more ancient than the German and English names given to this plant. 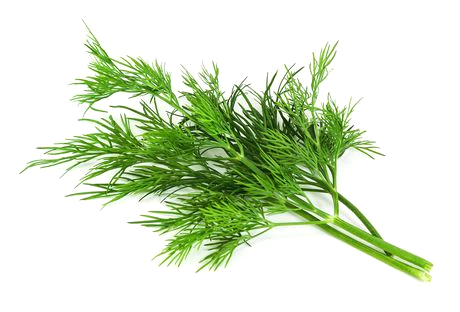 This shrub is native to the eastern Mediterranean and western Asia. Dill is not a perennial herb, but rather it is considered to be a biennial warm season-herb. It is strongly associated with seafood in Nordic countries. It belongs to the same family with celery and parsley. Mainly, dill is a herb used raw for flavoring food and is a good verdure in salads. It is used mostly fresh because the dried herb does not carry the same flavor.

Dill may be used similarly to the parsley as a breath freshener and helps cleansing the teeth adding to this fact its antibacterial properties.

In many cultures, Dill is cultivated for its medicinal properties. It helps stimulating milk in breastfeeding women, and also helps with an upset stomach - it helps to soothe the irritation of the mucus.

The word dill comes from the old Norse word "Dylla," meaning to soothe or lull. It dates back in writing to about 3000 B.C. mentioned by the Ancient Egyptians in medical texts who used it to ward off witches and as an aphrodisiac. It is even mentioned in the Bible. 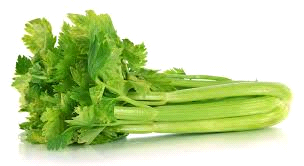 It is vastly cultivated in Europe especially in the Mediterranean region since 3000 B.C., spreading its territory into central Europe and Northern parts of the continent. It is often grown as an annual plant, but Celery is known to be a biennial plant.

Terpenes aromatically dominate almost all parts of the plant. Celery is sometimes used in weight-loss diets because it provides low-calorie dietary fiber.

Homer mentioned this plant in one of his epics, and for the classical Greeks, this plant was considered sacred. Because of its flavor, the Romans valued celery more for cooking rather than for religious ceremonies. In the days of the Roman Empire celery fruits were used as a garnish for cooked vegetables although they exhibit a bitter taste.

The chopped leaves are used as a side dish, mostly included in soups and salads but also in some sorts of sauces. Besides, there are some recipes for the cooked root that can be eaten as a vegetable. It is considered a vital aphrodisiac and it has the therapeutic properties to treat hangovers.

For further information about herbs, you can visit Wikipedia or Doksi.net